Remember the post I recently wrote about the estate sale that I went to in Downieville?  I had scored some quilting supplies and was/am so excited about the purchase. Well, there’s more to tell. I know, I know…. how much can a person handle! Bear with me. This will be a longer post than usual. Lots to say, ok?

While I was at the estate sale, I struck a conversation (as I am wont to do) with the nicest woman. She is probably in her 70’s and lives in Downieville. We started talking about things that we like to find at estate sales. I told her that I usually keep an eye out for unusual fabrics. She became interested and told me her mother enjoyed sewing. She asked me if i would like to have her mother’s fabrics. I almost fell over. Keeping my composure (not really, my smile probably spread happily across my face!) I said indeed, I would. She was almost apologetic, saying that while there were nice pieces in there, it might not be what I am interested in. Oh my, the thought of having a bag of vintage fabrics to poke through was so exciting. We exchanged addresses (me – “I bought Viola’s old house” & her – “oh, I live behind the forest service housing”  Love this small town!!) I told her I would walk over later that afternoon, but an hour later she was at my door with two large plastic bags of fabric.  I thanked her over and over and happily took them home with me that night.

I have spent hours sorting through these bags of joy. The fabric is very old and very dusty. I have been washing and ironing it all week. This seamstress would take the pieces of matching fabric and roll them up, tying them with another scrap of fabric, into bundles. The pieces are gorgeous. This picture shows less than half of what she gave me. Most are cottons but there are also several garments and some satins. 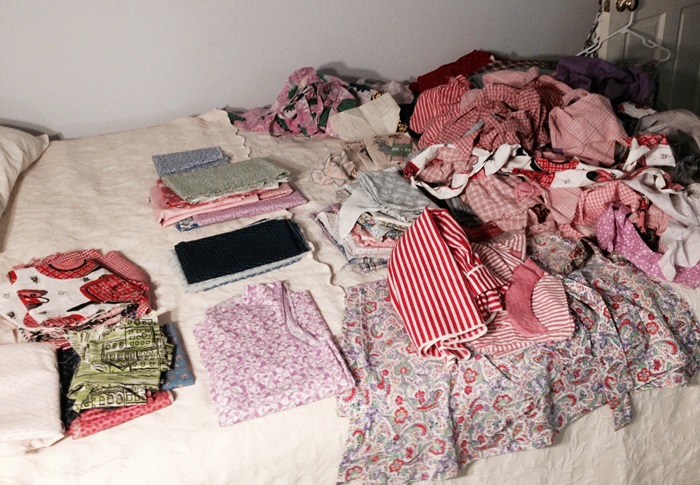 I have been trying to figure out how old these pieces truly are. There are a few clues.  One is that the width of the pieces of yardage (those where the selvedges are intact on both sides) varies from 22″ to 36″; only one piece so far measures at 44″ wide. According to an article on Fabric.net, fabrics were made in 22-24″ widths into the early 1930’s. After that, 36″ fabrics were introduced. I know that when I worked in my father’s fabric store in the mid-1970’s we sold mostly 44″ wide cottons but had a few 36″ pieces now and then. For the most part though, 44″ had become the standard. There are no markings at all on any of the selvedges. I don’t know when that became industry practice.

Another clue to the era of this collection is the bundle of patterns that I discovered in one of the bags. The copyrights on these patterns run in the 1950’s. The styles are just wonderful. 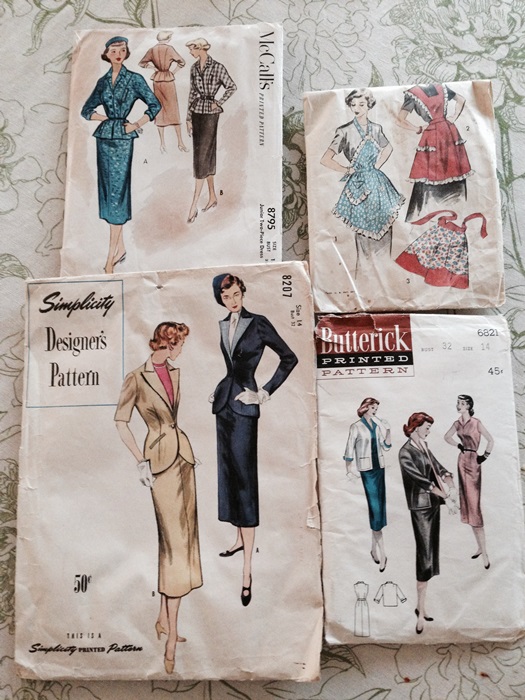 In addition to those patterns, there was a promo for JC Penney’s in the bag. It was an apron pattern and the promotion had a Cinderella theme. “It’s magic how much you can do when you sew!”  (Which happens to be true, by the way.) On this ad, they talk about JC Penney’s being ‘almost 50 years old’ and JC Penney’s was started in 1902, so that places the ad in 1951 or so.  The promotion included ads for Percale cotton fabric priced at 39 cents per yard and also for Broadcloth cotton at 49 cents per yard. This pattern is so cute and I hope to find a way to hang part of it in the Downieville sewing room someday. 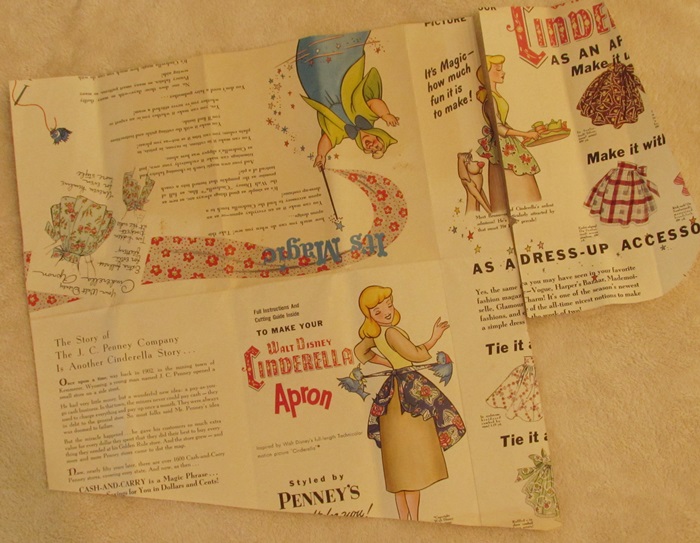 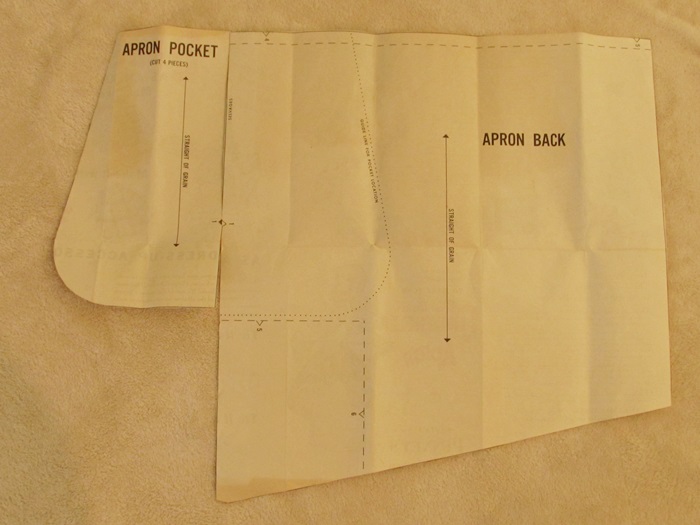 The history of textiles is really interesting to me. It is hard to explain my love of all things vintage but these fabrics make me so very happy! I have been hunting around for someone who has some expertise in this area. (If you have a resource for me, please leave me a comment. I would be ever grateful.)

Here are a few of the pieces that I have washed so far. I picked out some of my favorites. 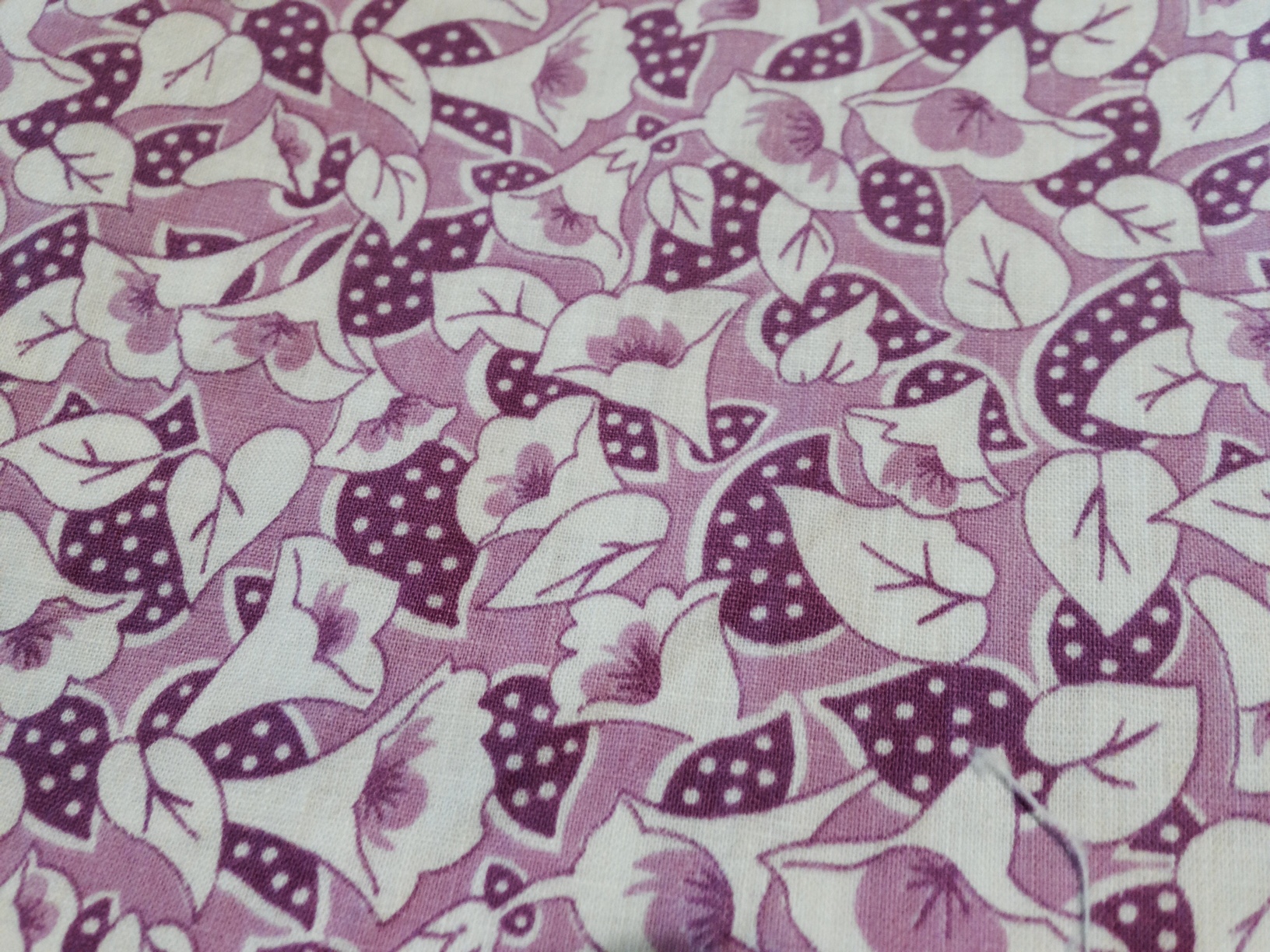 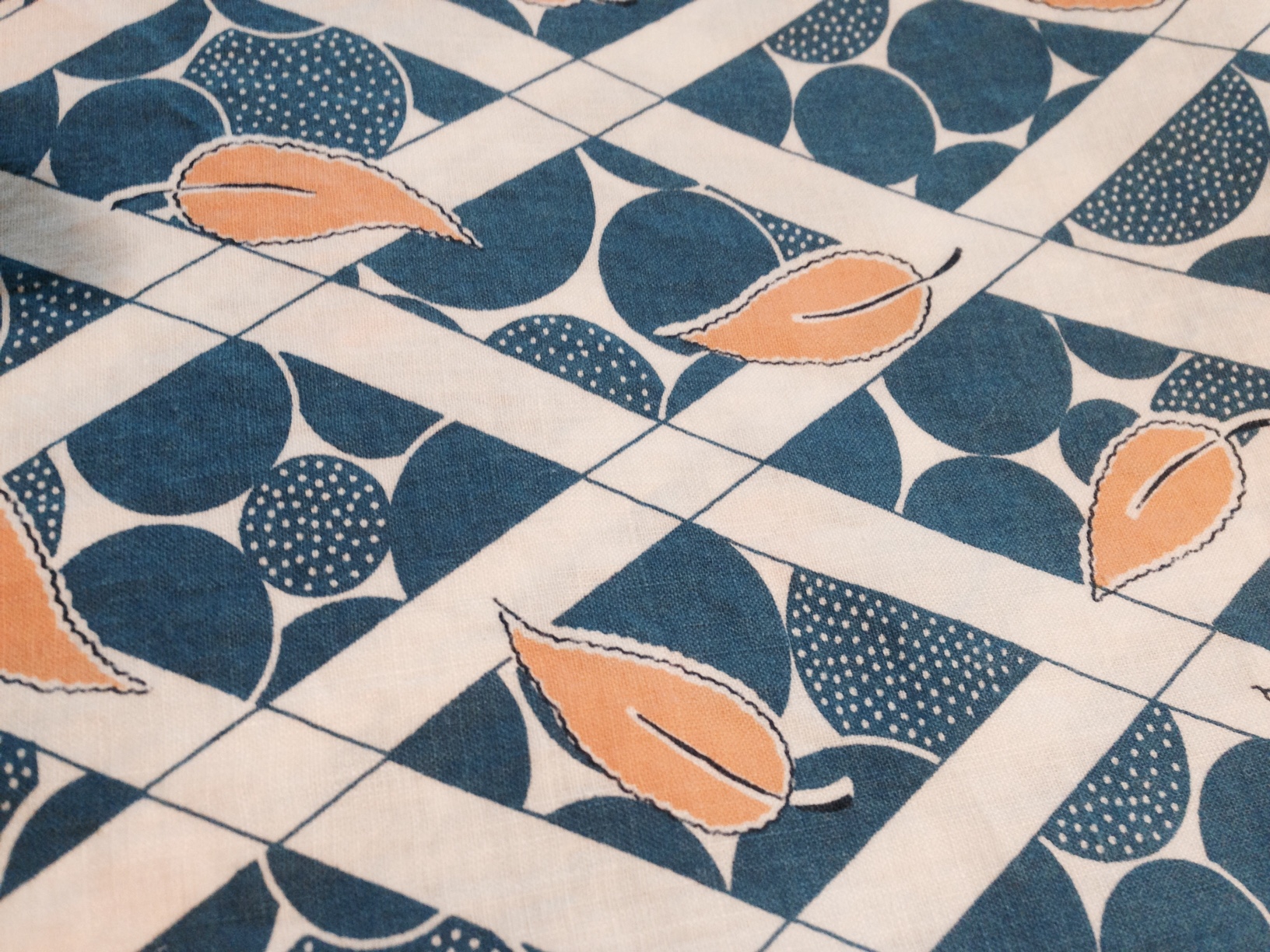 I think this next piece with the teacups looks to be from the 1950’s or so. The size of this kitschy print is larger and very bold. 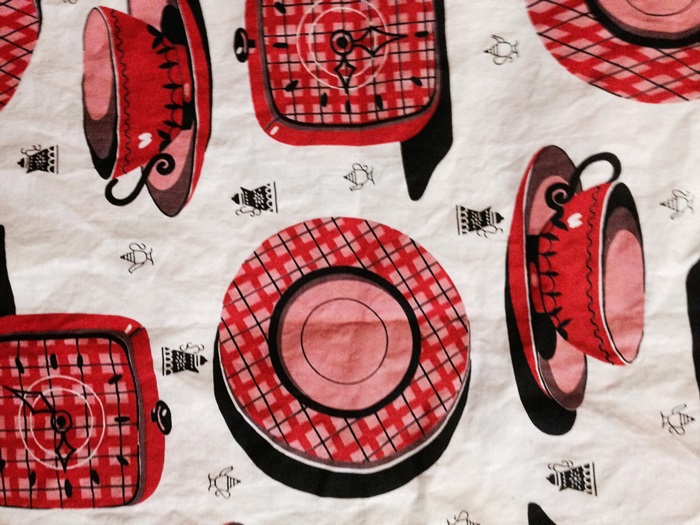 This piece is a mystery to me. There are several scraps but no uncut piece to measure the width. I love the print. Anyone have any clues on this one? 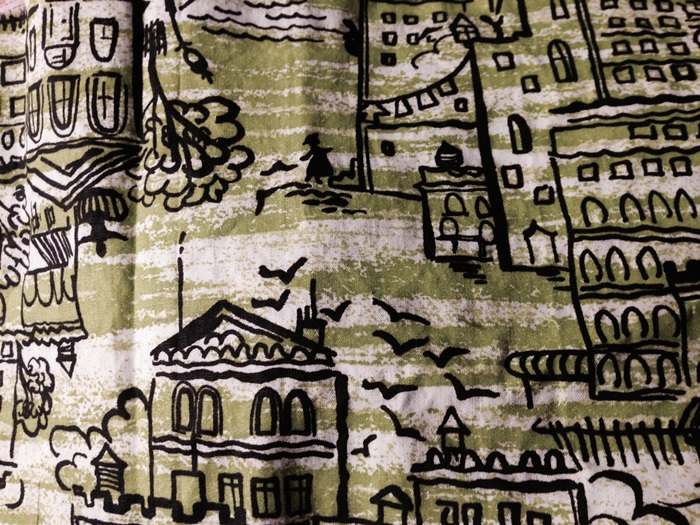 I think this is enough vintage fabric joy for now. Just know that this gift has enhanced my stash immeasurably. I don’t think I can even store it with my other fabric. It deserves its own tub!  Next week I will show you the garments that were in the bags.  More vintage treasures!

Linking to Molly Sparkles and Coastal Charms’ Show and Share.