Most likely you have heard or read about the horrific fires ongoing in California right now.  It is hard to put into words how awful this siege of fires has been, still is really….

The Napa/Santa Rosa fires are the most tragic, at least in terms of homes lost. All of these fires began Sunday night as the northern regions in California experienced a sudden burst of high winds.  The horrific loss of homes in Santa Rosa is disastrous.  These photos have been floating around the internet so you may have already seen them. 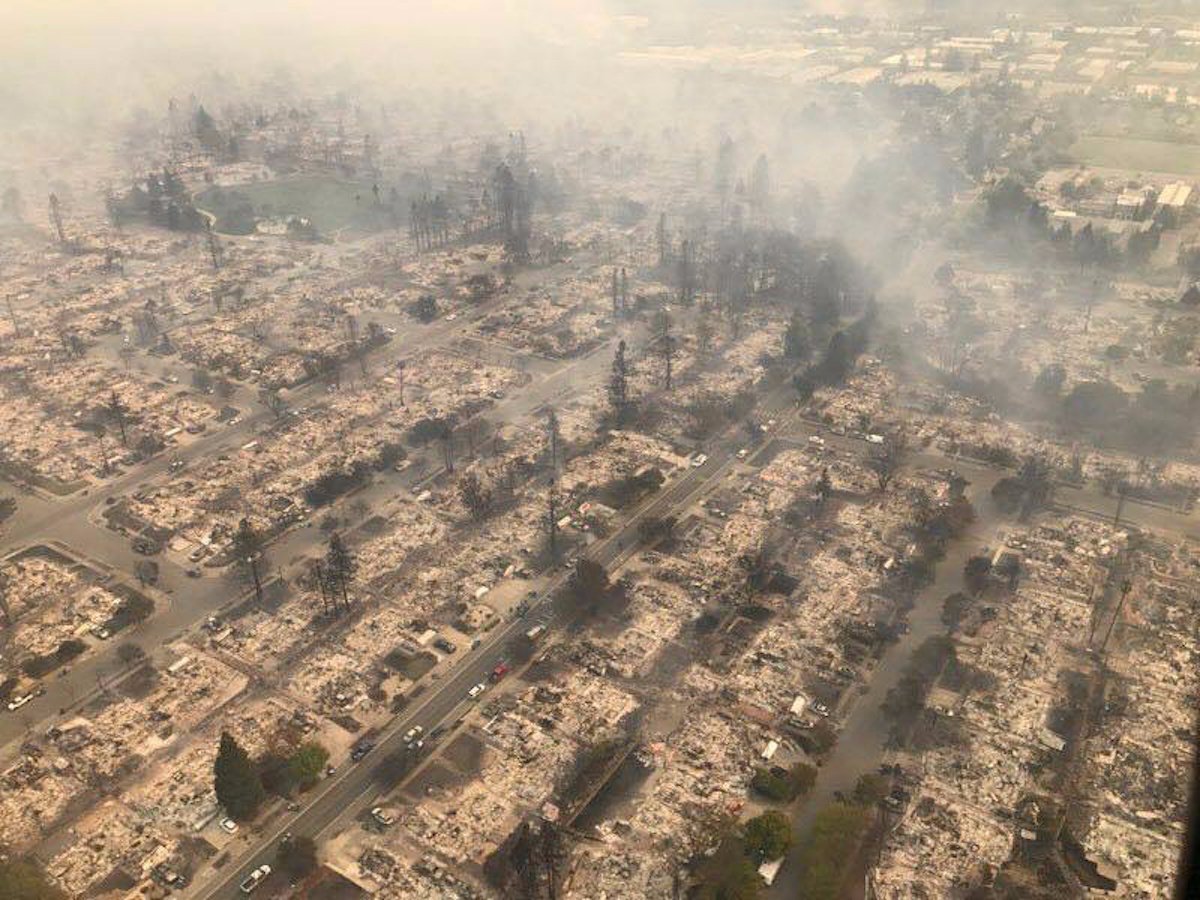 One of the Santa Rosa neighborhoods after the fire. 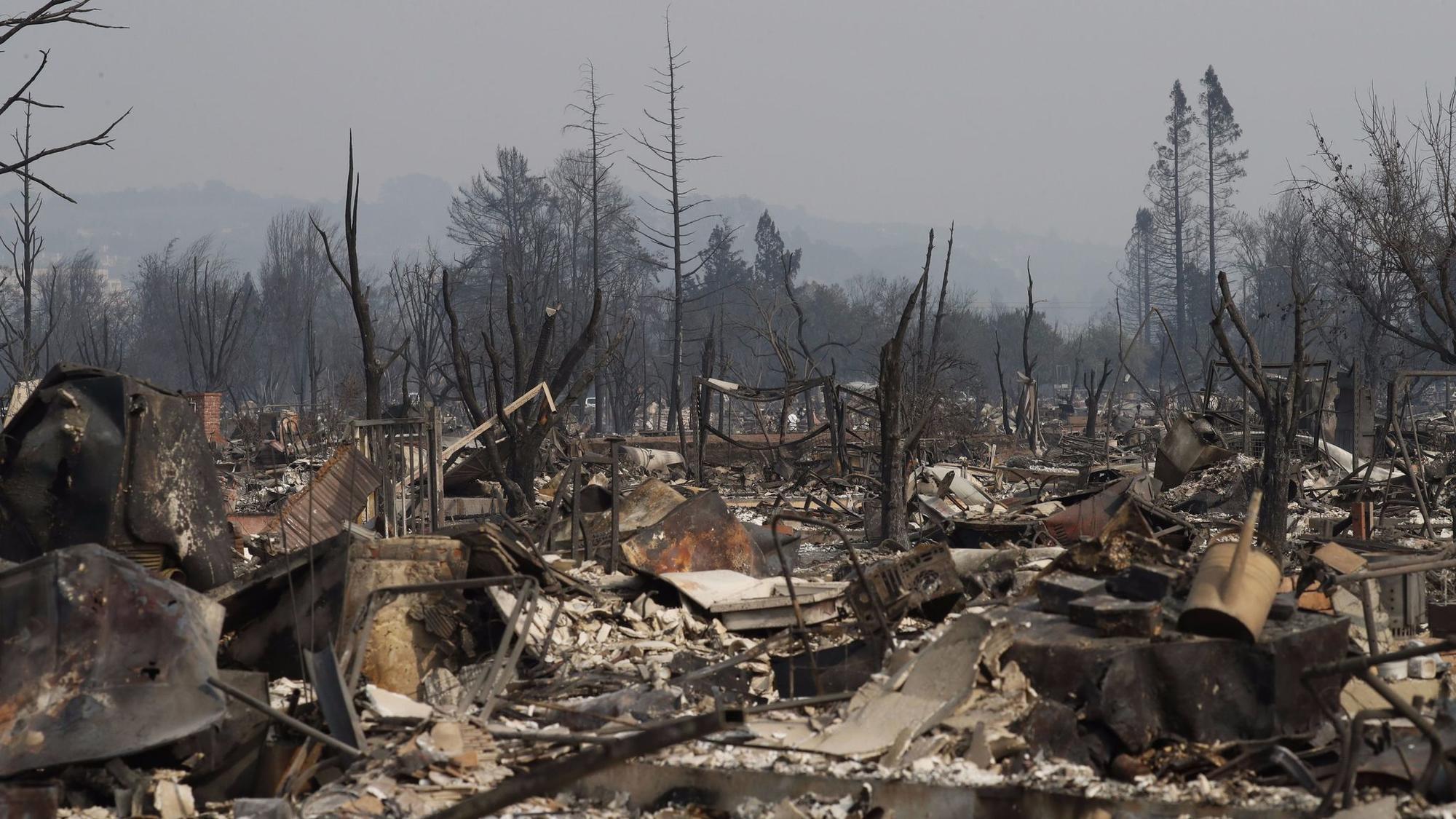 Another photo of Santa Rosa.

When my family went to bed Sunday night the wind was just crazy and we woke up Monday morning to calls that school had been cancelled. There were large numbers of people being evacuated from their homes and several huge fires were raging. I am very fortunate to live about 6 miles from the closest fire so our home was safe.  But many were not so fortunate. Now, two days later, some of the evacuations have been lifted.  We have not lost nearly as many homes as the heavily populated Santa Rosa area, but at this point, more than 200 structures in the three largest fires nearby have burned. Yesterday was windy again, making battling the fires much more difficult. 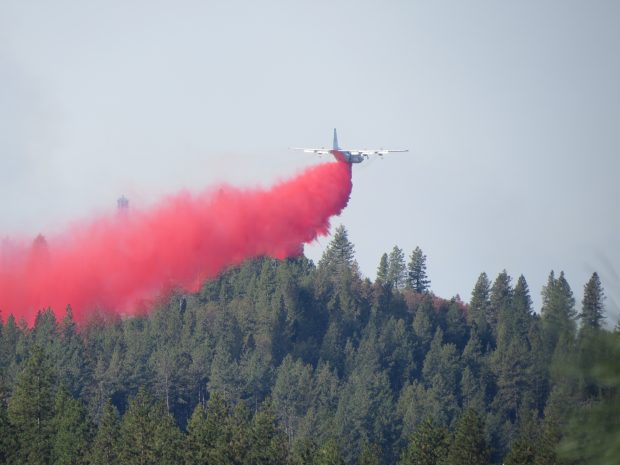 Fire retardant being dropped on the Lobo fire in Grass Valley, CA

As I write this, the most recent update is that the fires in my area are roughly 35% contained. This means they are making progress and, at the least, the fires aren’t spreading further. They opened school for all of the local schools but there are still several areas without power though. The air quality, as you’d imagine, is horrible. 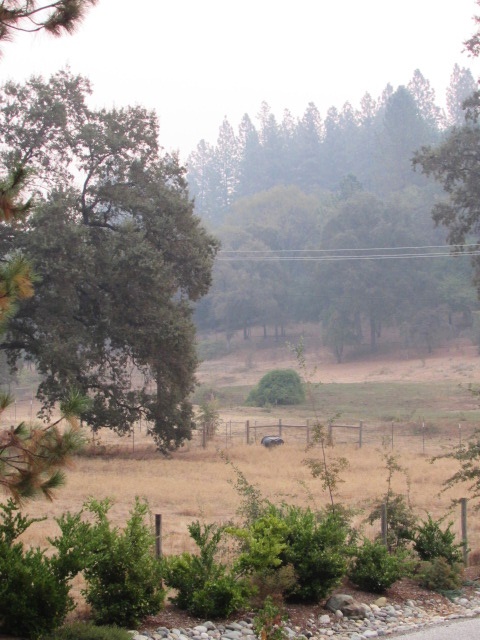 Smokey haze in my front yard this morning.

At this point, there is no containment yet reported with the Santa Rosa fires. Hopefully the winds will remain calm today, making for a better firefighting situation. Unfortunately, there is no rain in the forecast this week.

Like I said, there aren’t words adequate to describe all of this. I am filled with gratitude for the fire fighters, first responders, and fire fighting teams from other parts of the state, as they work to put out these tragic fires. Throughout the day, I can hear the helicopters and planes that carry water and retardant to release over the fires. It is really eerie. The community has come together and supported each other. The fairgrounds opened up to take any livestock that needed to be evacuated. While my family was lucky this time and not affected by any of these fires, it is a vivid reminder that it could happen on any day to any one of us.  Living in this gorgeous tree filled and very dry region, fire is always a possibility.

Staying inside today because of the smokey air and will finish up a little project I started while Julia and I were home together this week. Hope to share this with you tomorrow.