Today marks four years since I began this blog. I remember starting it and wondering if anyone would find it, read it, enjoy it.  It was akin to that feeling of having a party and thinking ‘what if no one shows up’.  But people did find it, you guys do read it and it is so much fun! 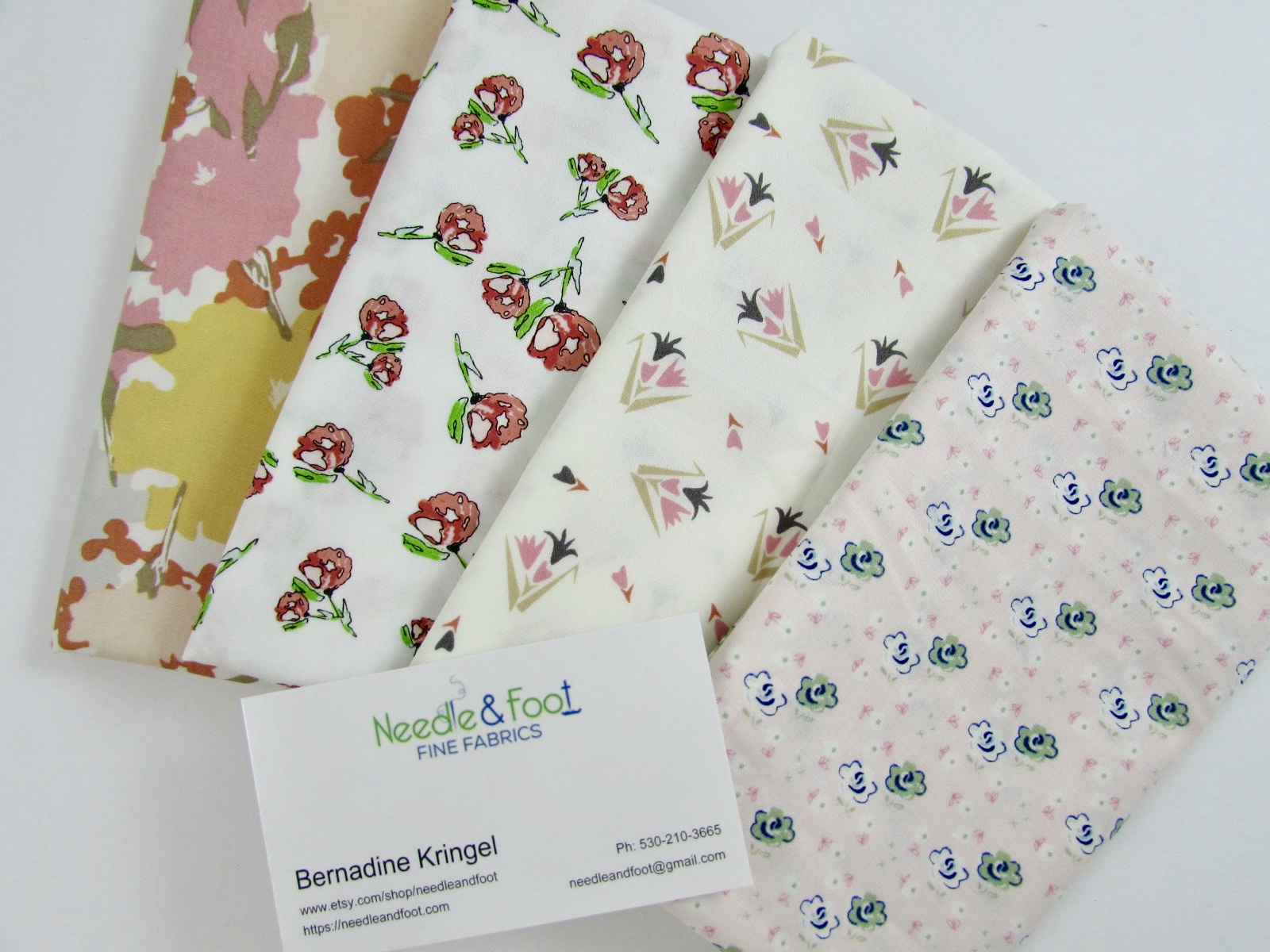 A bundle of four pretty florals!

I thought about the number four and looked at the significance of it in my life. Turns out it is a pretty cool number. 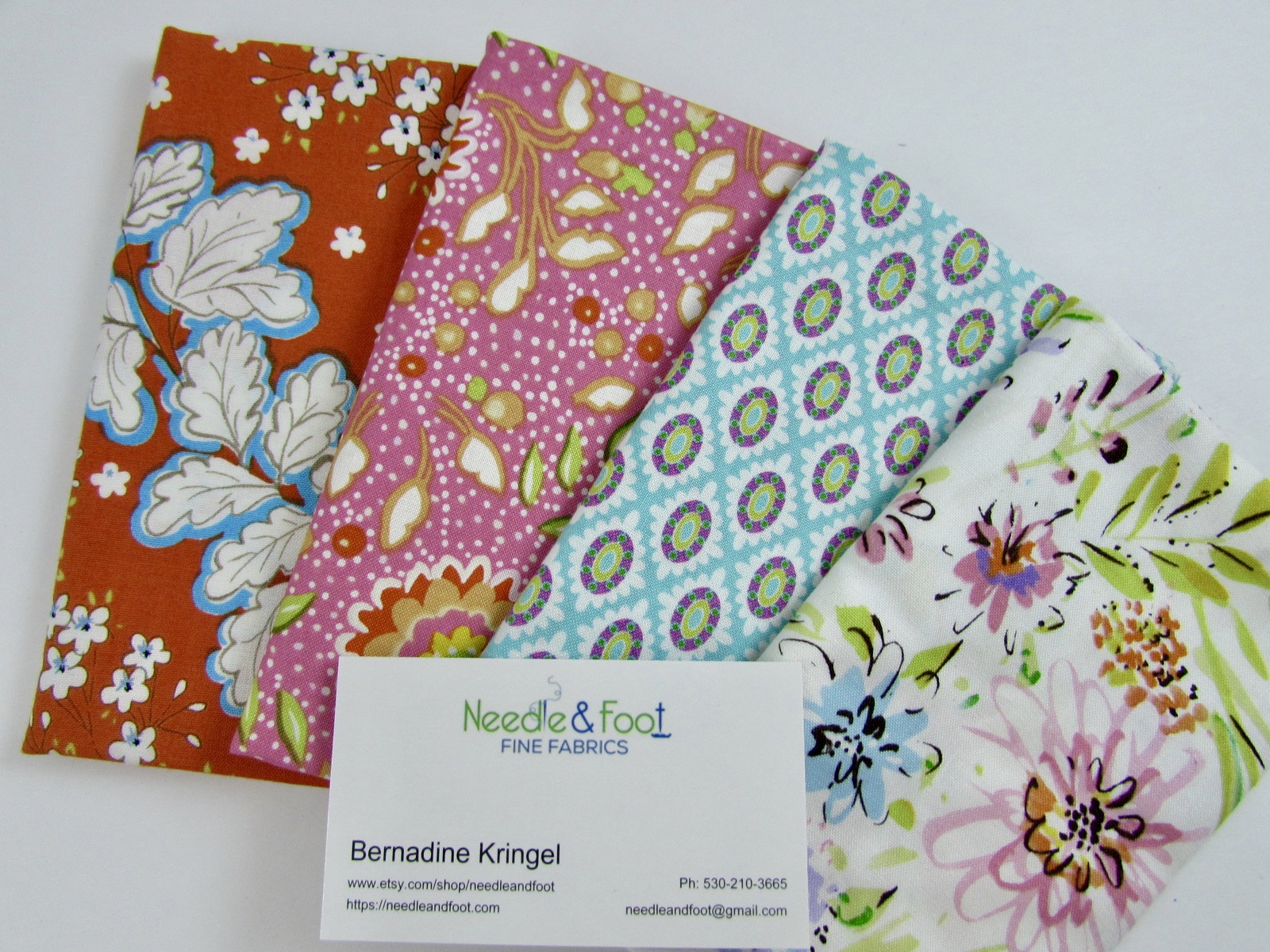 Florals in pink, orange, and blue. So pretty!

For me personally, I thought of the following: 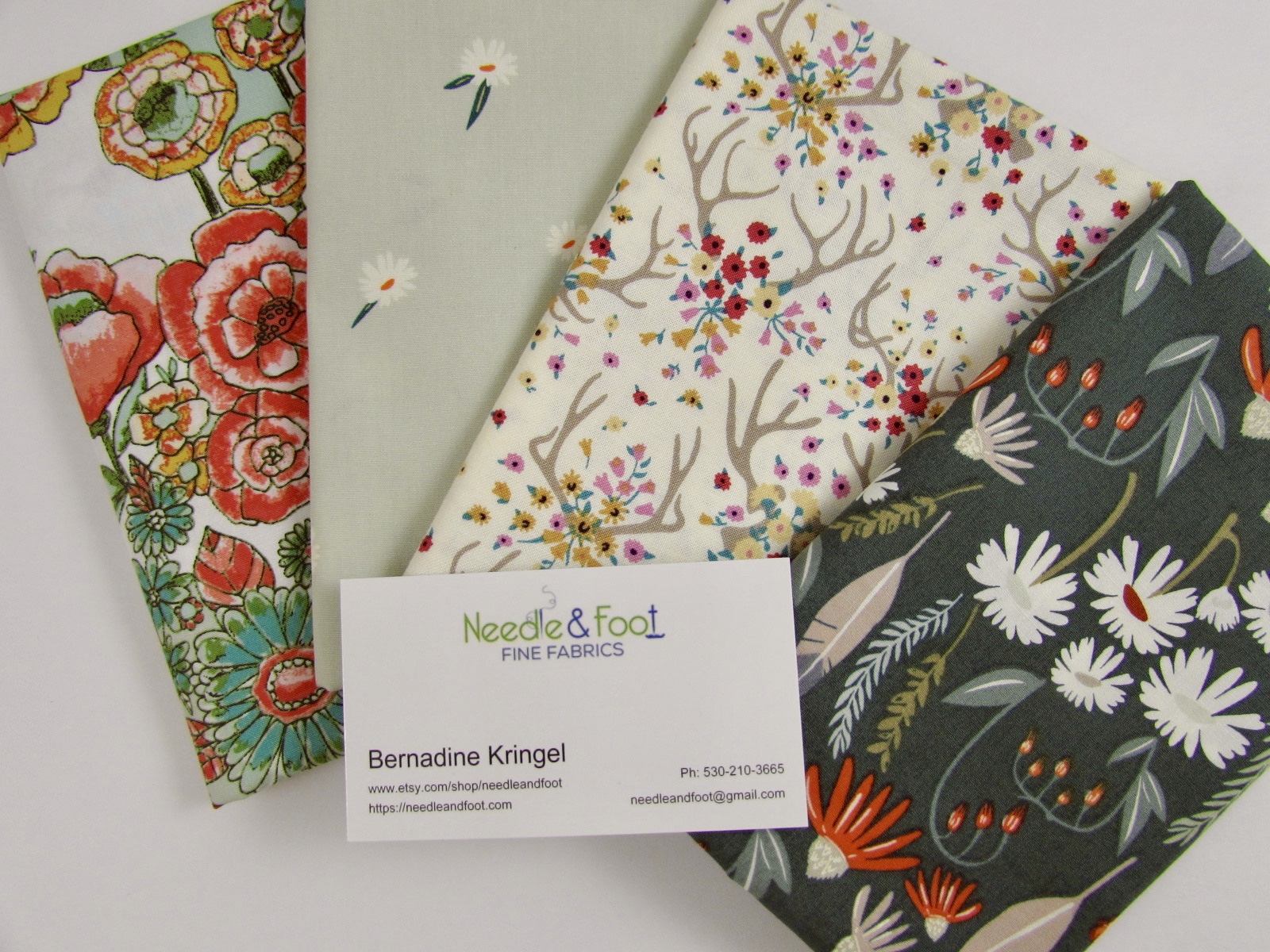 Love this palette of green, tank, coral and pink.

OK, here is where it gets interesting.  This being the fourth anniversary of my blog, I want to give my readers a gift.  It seems rather impractical to send you fruit so I want to give flowers.  In keeping with the theme of four, I have created four fat quarter bundles, containing four pieces each.  The fabrics are all florals. So to mark this fourth blogiversary, I will select four winners, each of whom will win a bundle of four florals! 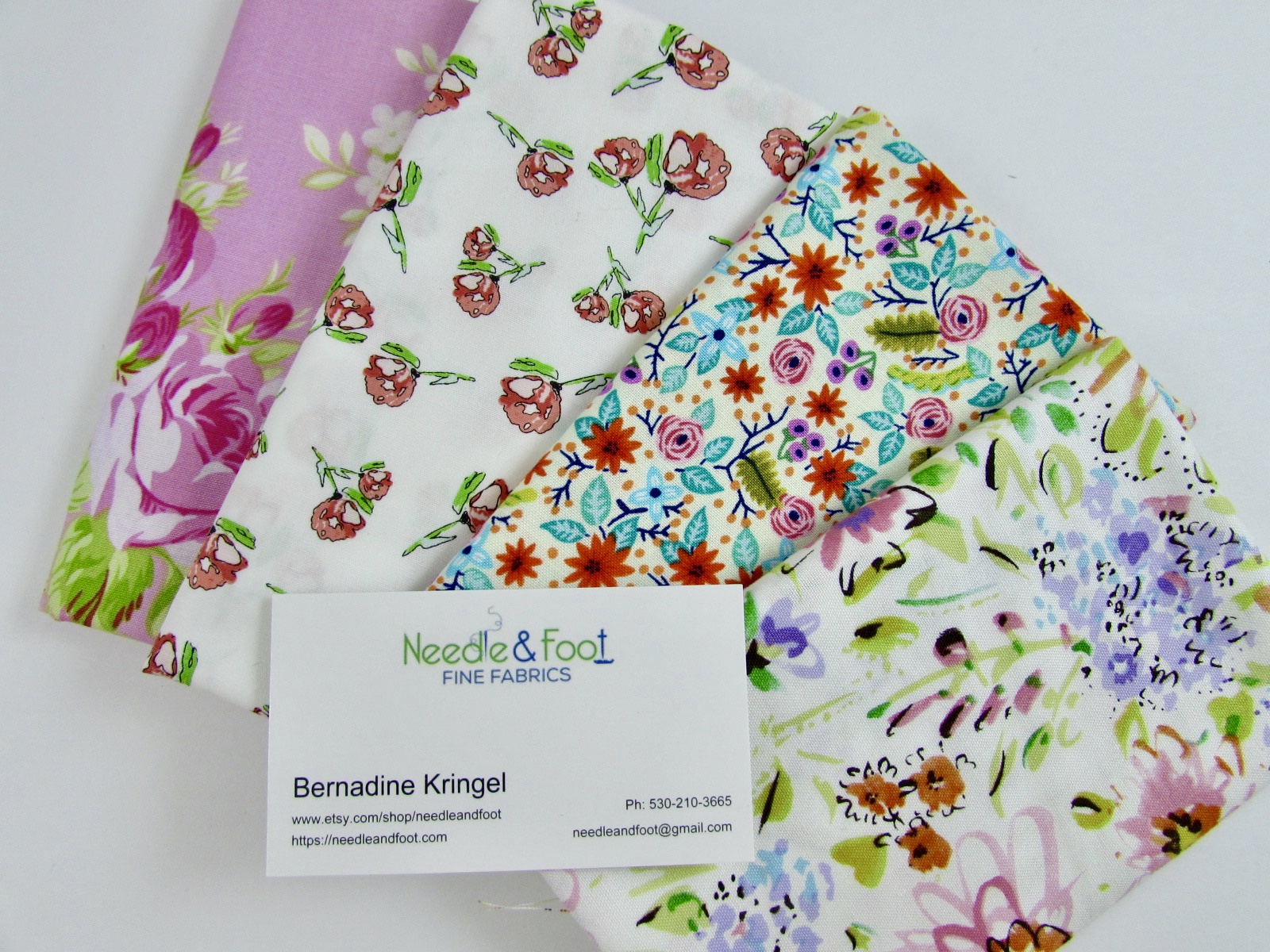 Soft and feminine florals in pinks, blues and lavender.

To enter to win, tell me what the number four means to you. Does it have any significance?  If not, that’s fine too.  How long does the giveaway remain open?  WellI, four days of course!  I will pull names on the 8th of June!  Thanks to everyone who reads my blog, sews along with me, shops at Needle & Foot, and extends their friendship and community to me.  It’s been a fun four years!!